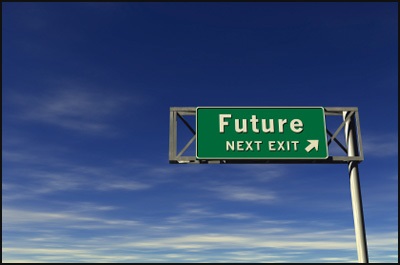 Steve Jobs is often described as a visionary who was willing to take actions that reshaped a range of industries such as software, computers, cloud computing, tablet computing, cellphones, music, TV and movies. The combination of vision and taking appropriate actions made him a great example of a discipline which is called strategic foresight. This discipline includes all activities related to forecasting, scenario analysis, action planning and decision making about strategy.

The best way to make sense of strategic foresight is by looking at the narratives that are being used (Sarpong et al., 2019). Narratives can be described as meaningful stories that organizes events and human actions and give siginificance to individual actions and events according to their effect on the whole. After a short theoretical introduction some examples are given Steve Jobs used narratives in relation to strategic foresight in of his speeches.

Strategic foresight and the theory of narrative and time

Finding the right narrative or story, is not so easy as it needs careful construction of the past, the present and the future: where we learn from the past without neglecting the subtle changes in the present and where we do not overestimate the future to miss out on the opportunities in the present with the aim to identify the relevant potentialities as well as the limits.

In order to create the right story Sarpong et al. (2019) introduce the concept of “distentive capability”, which is the ability to create thinking and engagement in the present, the past and the unknown future while empowering us to probe our present in more meaningful ways. Avoiding mistakes from the past, but also inviting us to think the unthinkable, while it stimulates to be  able to recognise and embrace potentialities and limits in the present.

In 1997 Steve Jobs became again CEO of Apple (after he had left in 1985) with the ambition to create innovative and modern computers. Joining partnership with Microsoft, made it possible for Apple to expand and diversify its markets and improve their products. In this speech Steve Jobs discusses his plans on the renewal of Apple and how the partnership with Microsoft will benefit the company. He focuses on what the company is going to do in the present to learn from the past and succeed in the
future. Drawing on the companies past experiences of struggle to compete against companies with more modern technologies, this speech discusses why they are partnering up with Microsoft.

In this speech Steve Jobs draws on his past experiences at a university graduation event to explain his mistakes, fears and life lessons that have enabled him to become who is today (present). He emphasizes the need for people to love what they do as that is what allows for true success in the future. Seeing the past in a new light, he emphasizes that people need to ‘connect the dots’ looking backward to ensure they are on the right individual path to success, just like he did.

In this speech Steve Jobs discusses Apple’s past experiences such as the growth in
iBooks, the present improvement in iPad technology and the new up and coming future apple products such as 1000 free or paid applications. Concluding in this speech, Jobs
clarifies the firm’s next steps for launching the iPad 2 and foresees that it will be the year of the iPad. This speech was one of his last before his death in October 2011.

When we are thinking, planning and creating the future, Saprong et al. (2019) show that using time streams in the narratives can be helpful to finding opportunities and limits, but also creates engagement. The speeches of Steve Jobs  give a good example how he was able to shape unpredictable futures, using the past, present and the future. He also communicated his messages in an impactful way with words and phrases that are readily envisioned in the mind’s eye. In this way Steve Job’s speeches show how narratives can be the site of strategic foresight.

Have a great day!